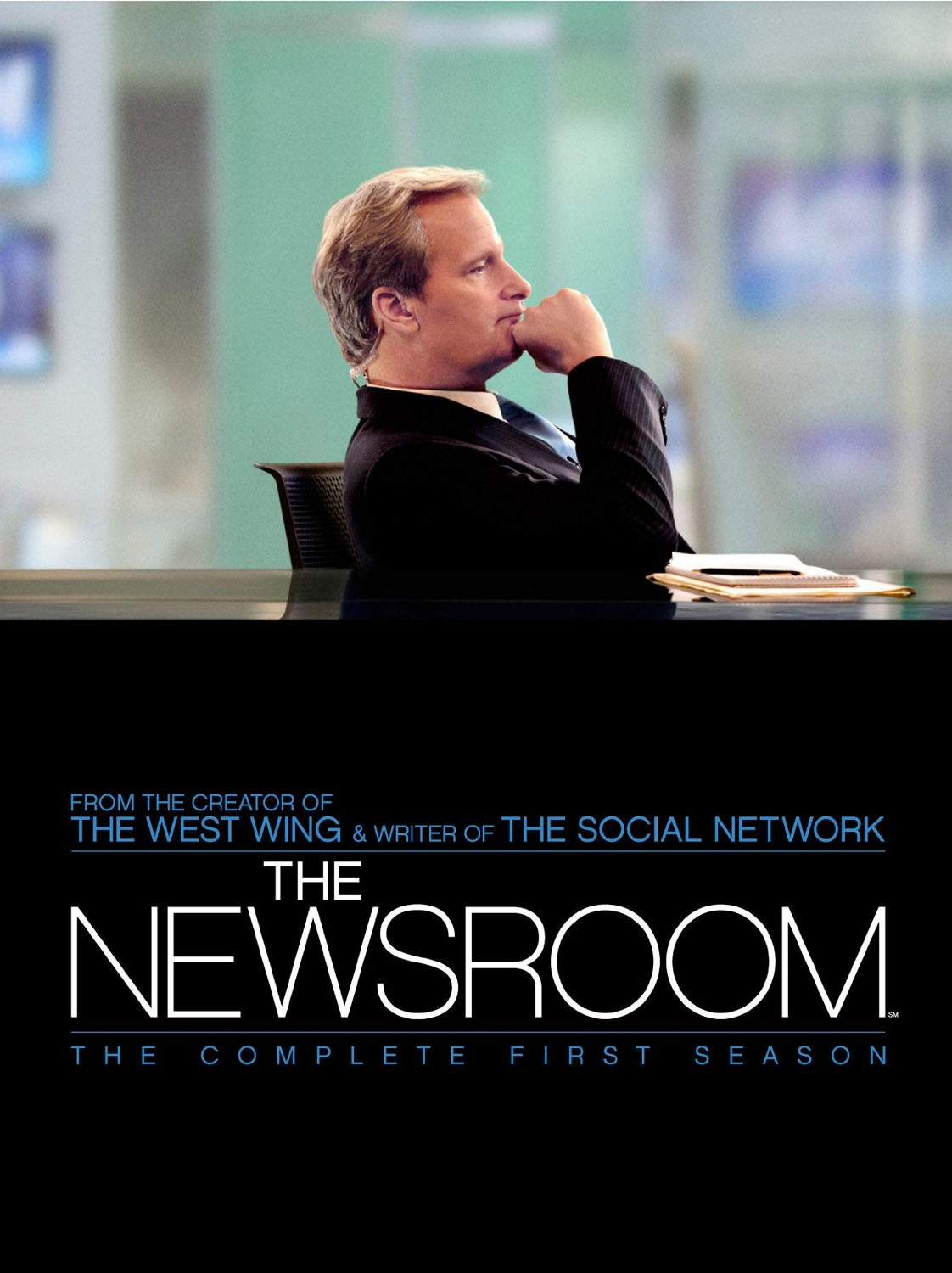 Newsroom has scattered scenes in about half of the episodes. For the most part they are mild.

Elliott leaves his feed to check out gunfire and then returns
"That was gun fire, it doesn't appear that anyone has been injured, but it is hard to tell from where I am" - Elliott
Yeah we are looking at a feed from 6 hours ago Elliott, can you describe what is happening in the square right now? - Will

Jim gets beaned by Maggie flinging open a door

"But I'm not sending an American journalist into that protest, trust me, I'm an American Journalist - Mackenzie

"No they don't, they walk in one by one, put their jerseys on the desk and say Coach, I want Rudy to take my place on Saturday..." - Will

"It's another TMI story and it'll be picked by page six" - Charlie
"How many different ways..." - Will

"Hey I've got to write something on a Valentine's card, you're used to deceiving women, what would you write to someone?" - Jim
"I can't find Khalid". - Neal

Elliott with his injuries is shown...this a long scene

Neal interrupts a meeting
"Excuse me, Kahlid's gone. The satellite service says his phone isn'tgiving a signal which means it's either destroyed or very deep underground. We sent him to get evidence of the Army burning documents. He's been taken" - Neal
This starts a long sequence of minor injuries

Injured Elliott is shown. Neal punches a monitor and brakes his hand. Don sprains his shoulder

"Thursday night it was 75 teachers in Appleton. Tonight, the number of protestors in Madison is estimated at 30,000" - Will

"It's not much, but I'd like to help with this" - Neal
"Neal, you can't afford it" - Will
Please - Will
Sure thank you- Will
Then others come in...stop looking when Will walks out of his office

One more shot of Elliott to ruin the nice moment

"You did this?" - Will
"Happy Valentine's Day" - Mackenzie