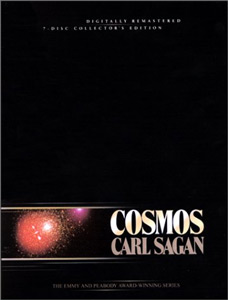 There is very little to skip in this series. But given the audience and the general gentleness of the show, I have included every last thing, including spiders.

Swooping towards Earth
"The intelligent beings on every world will, sooner or later...understand the laws of nature...someday, perhaps soon..."

"Surprisingly, there is such a method. It's called Radio Astronomy"